We hope the year is off to a good start for you all, and that you've had a chance to take stock of 2018! It was a very good year for us, with our new live album "Center of the Surf" garnering many highly positive reviews and comments, and the band playing some incredible shows, including The Hukilau in Fort Lauderdale, FL, Asbury Park Summer Festival in Asbury Park, NJ, The Makahiki in Indianapolis, and ending with another wonderful Christmas show at Tip Top Deluxe in Grand Rapids, MI, which has turned into a seasonal tradition by now!

We were also extremely glad to be able to be part of two other great 2018 releases: 1) the amazing "Reverb Nation: Live at the 2017 Surf Guitar 101 Convention" CD, to which we contributed two exclusive tracks, "Caravela" and "Farthest Shore" (go here to order); and 2) the brand new "Stand Up, Stand Up for P.J." tribute CD to the mighty - and mightily wonderful! - Paul Johnson, one of the pioneers of this amazing music that exerts some sort of a unbreakable grip on so many of us! Paul founded (along with Eddie Bertrand) the Belairs, commonly thought to be the first surf band ever, and then went on to play both lead and rhythm guitar with PJ & the Galaxies, the Challengers, the Good Guys, Davie Allan and the Arrows, and a slew of other surf and rock instrumental bands. He shaped this music as much as anybody, both through his highly-influential rhythm guitar playing and even more his super-creative songwriting, which always avoided cliches. He wrote MANY iconic songs, including two that are about as important as it gets in this genre: "Mr. Moto" and "Squad Car", of course. He was a massive influence on bands like the Chantays (whose biggest hit "Pipeline" would clearly not exist without "Mr. Moto") and even the Beach Boys - who at one point in the mid-'60s even asked Paul to join them, but he turned them down, intent on following his own Muse. Probably the most remarkable thing about Paul is that he returned to this music in the '80s and continued to fly its flag as enthusiastically as *anybody* - including always being willing to participate in any surf show in the SoCal area to which he was invited AND lending his support and even imprimatur to younger surf bands! He personally paid attention to them and always was sure to show his gratitude that they were carrying on this special music, despite all the odds. He truly IS a humble giant! And, fittingly, his musical children today span the globe! For all these reasons (and *many* others), we jumped at the chance to contribute a track when the producer of the CD Dan Forte (AKA Teisco Del Rey) invited us, recording PJ's fantastic song "Lanky Bones", best known in the Eddie & the Showmen version, but in our opinion sounding even better with Paul himself playing the lead with both PJ & the Galaxies and the Good Guys/The Challengers! All the proceeds of this very special comp are going to help cover Paul's medical costs as he recovers from bone marrow surgery. To order a copy for yourself, either send a check for $20 (shipping included) to Dan Forte, 211 W. Columbia St., Weatherford, TX 76086 (make it out to "Dan Forte F.B.O. Paul Johnson"), or PayPal $20 to teiscomerch@gmail.com We hope you pick it up and pay tribute to one of the all-time great surf musicians, as well as help out a truly good person who has selflessly given much of himself through the years. (Here we are playing "Lanky Bones" in Patrick's basement soon after recording it: video)

We have a lot more to look forward to in 2019, including our first show of the year, at our home base Melody Inn in Indy, playing a ska/surf show two days after Valentine's Day, so grab your significant other and extend your romantic celebrations by enjoying some superfun live music! 2019 will also mark the band's 15th anniversary and we're working on a couple of special things to commemorate it, so stay tuned! We also have many irons in the fire for shows this year, some of which should be pretty special. So, hope to see you at some point this year - may it be a great one for you, and may the winter come to a quick end! 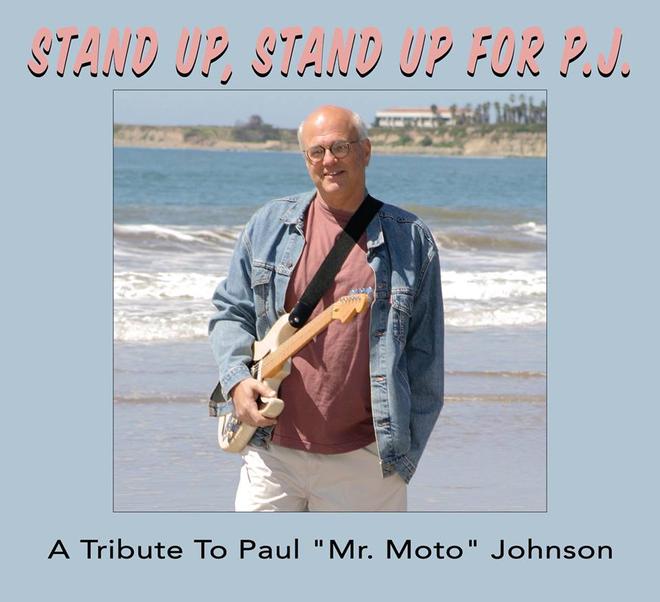